Phantom Creek Estates has been over two years in the making.

The journey began with the Bai familyâ€™s vision to build one of the leading wineries in Canada. Their search took them to the Black Sage Bench with the acquisition of three vineyards, including the historic Phantom Creek and Sundial Vineyards. The estate currently grows predominantly Bordeaux reds and Syrah.

A new state of the art winery, designed by Napa firm Backen Gillam Kroeger, will be built on the Sundial Vineyard property beginning in Spring 2017. The winery is projected to open in Spring 2019. The first vintage, now maturing in barrel, was made in a temporary facility on the property in 2016. 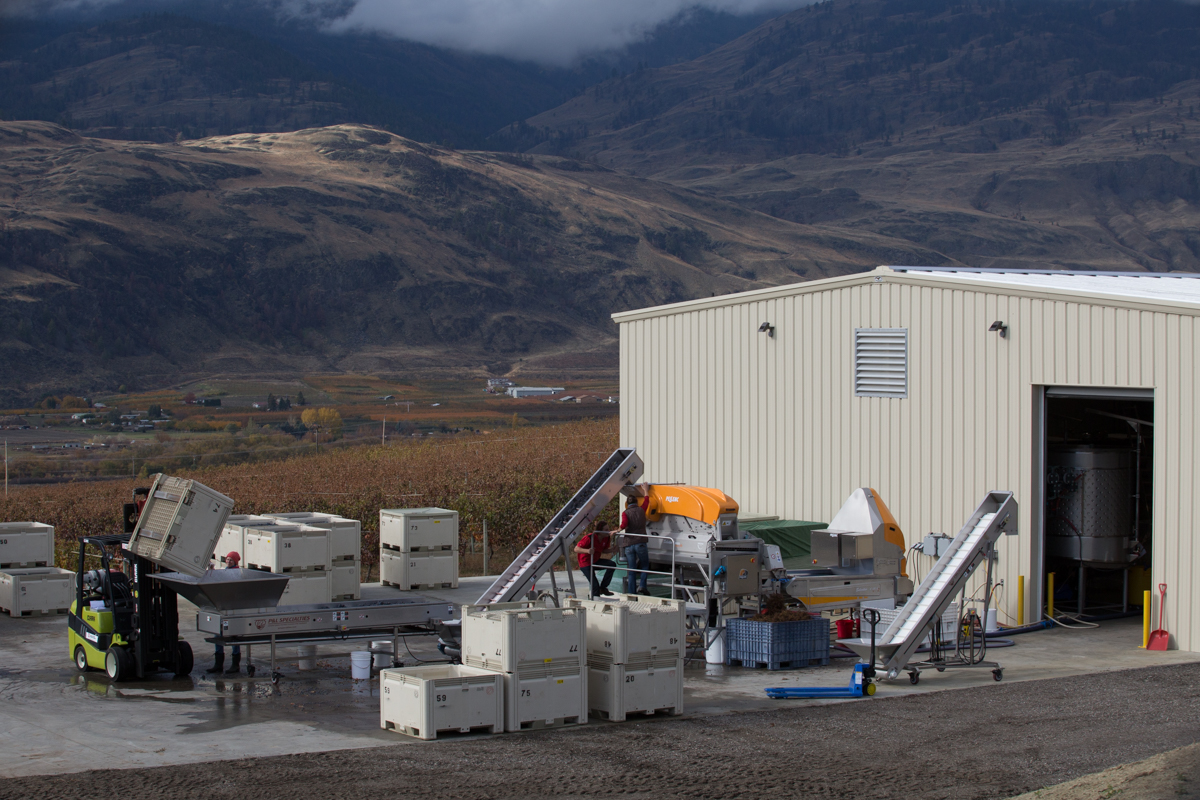 Be sure to follow this page as we launch Pressing Matters: A Blog by Phantom Creek Estates. The blog is our opportunity to share whatâ€™s happening at Phantom Creek and the world of wine at large. With contributions from the entire team, we hope youâ€™ll join in with your own thoughts or questions.

So, why do we prune? To state the obvious, itâ€™s important to remember that a grapevine... 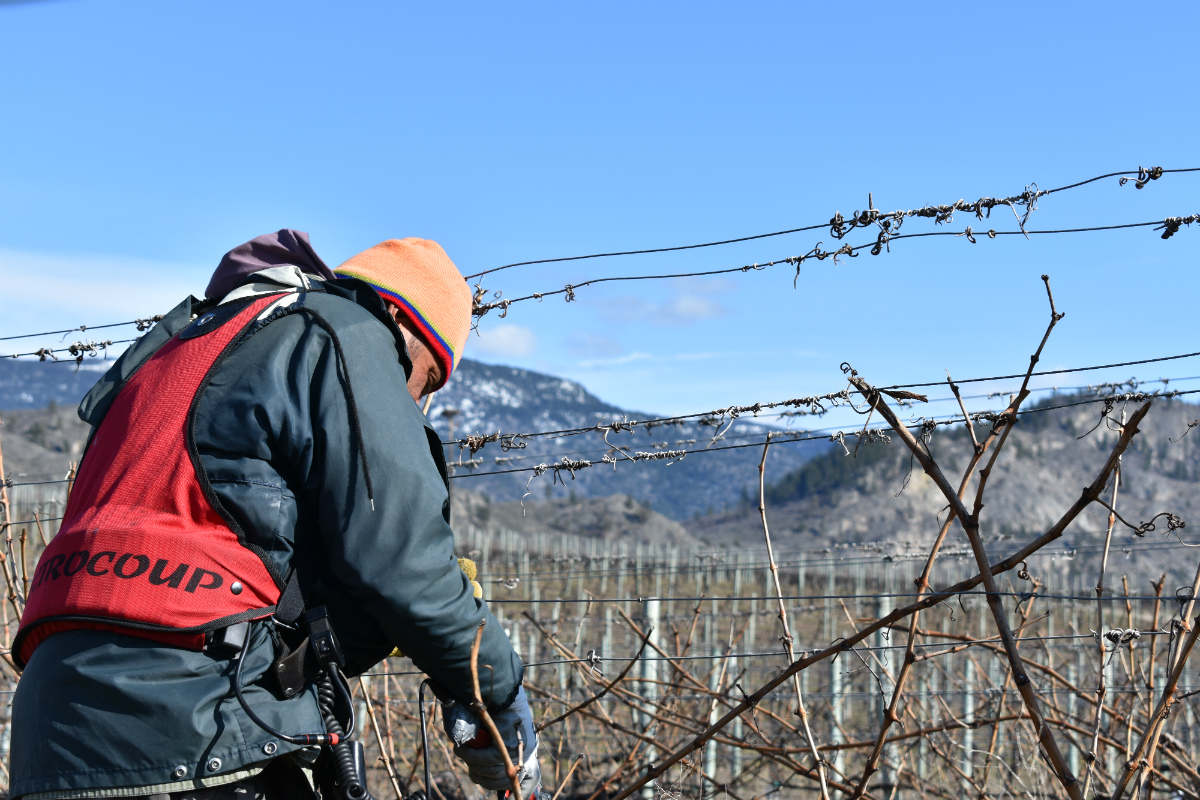 Pruning on a gorgeous spring day with the Okanagan Highland foothills in the distance.

So, why do we prune? To state the obvious, itâ€™s important to remember that a grapevine is a vine. When you find grapevines in nature â€“ and you do throughout Canada and the United States â€“ theyâ€™re often crawling up fencing, houses, or trees. This is not what you see when you drive past a vineyard.

Left on its own, a vine will continually grow. This is problematic in a vineyard for a number of reasons. For example, vines will begin to shade one another, resulting in uneven fruit ripeness. Pruning is one of the means by which to limit the growth of the vine. 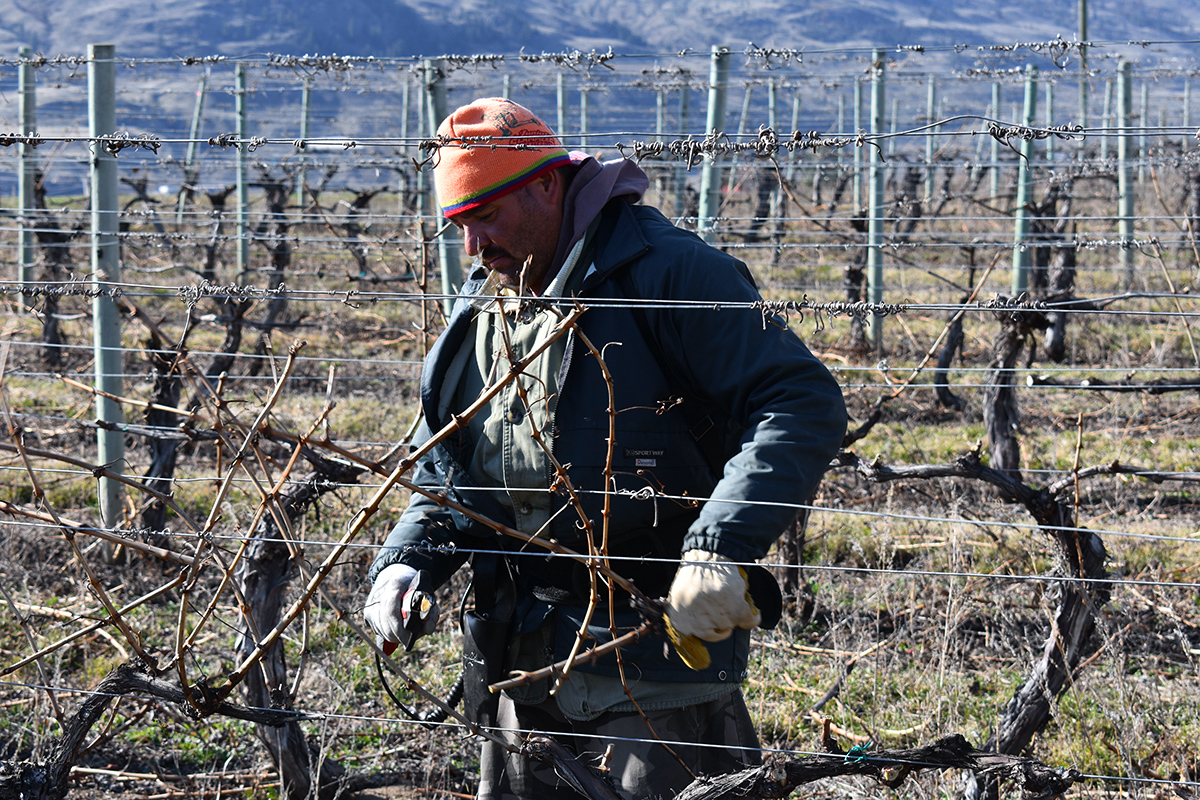 Ernesto removing last year’s canes, which will be tilled into the vineyard.

When we prune, weâ€™re removing much of the growth from the previous year as well as establishing how the vine will grow in the upcoming season. This is critical because it is the first chance to set the balance and yield of each vine. On a vine-by-vine basis, weâ€™re determining how many buds to retain, which will determine how much fruit is produced.

To Cane or Spur Prune

Vines are typically pruned in two different ways: cane or spur pruning. The former keeps one or two canes from the previous year, which are tied down to the trellis wire. 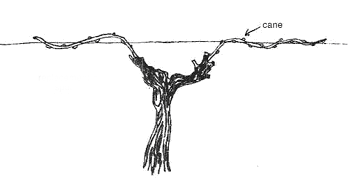 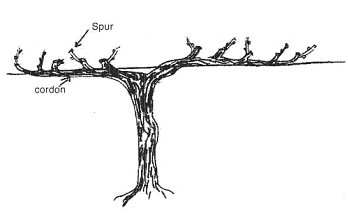 At Phantom Creek, we typically use cane pruning. This is more laborious and time consuming, however we believe it is ultimately better for the health of the vine. With fewer cutting wounds and less old wood, there is reducedÂ potential for disease or virus. Grapevines are similar to people in a lot of ways. Cane pruning also helps to keep yields low and vines in balance. 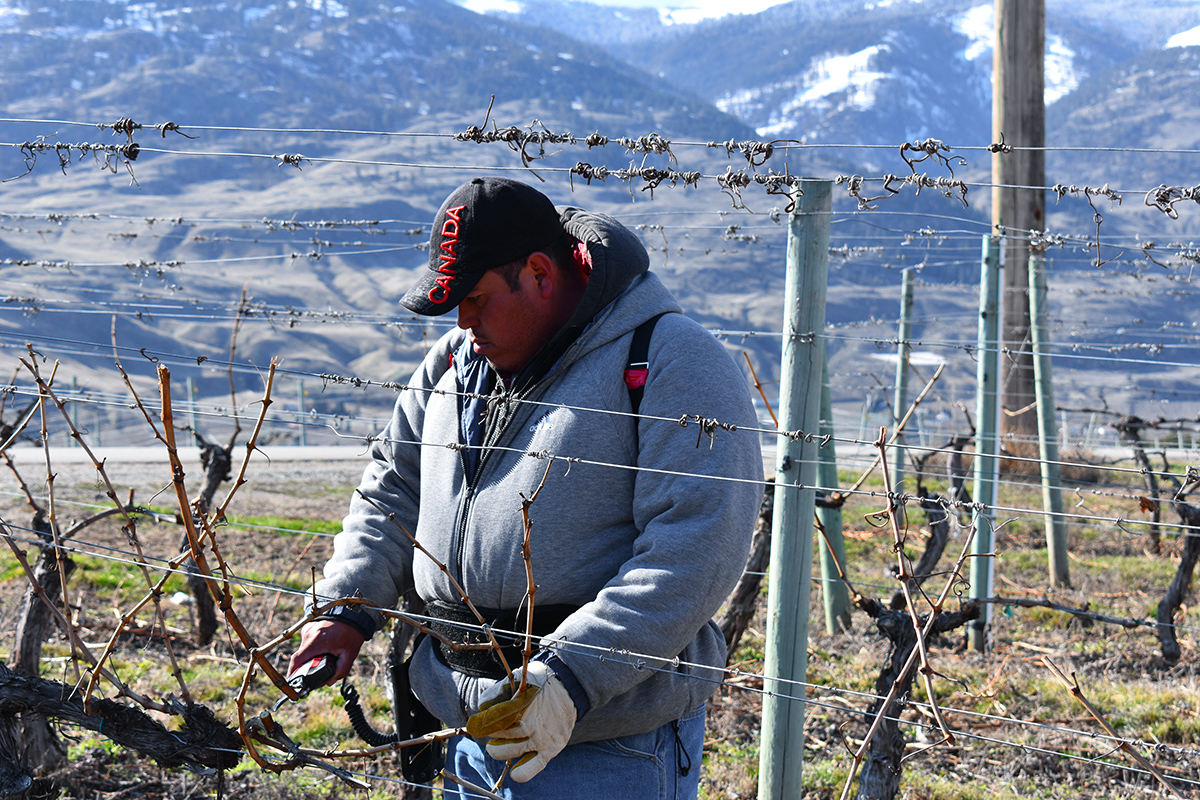 However, weâ€™re not dogmatic. Some vines we may decide are best spur pruned for the upcoming growing season. We are also testing a spur pruning trial on a block of Syrah on Sundial Vineyard. This trial is based on our Vineyard Manager Johnâ€™s recent visit to CÃ´te Rotie, where he saw winegrowers retaining fewer spurs closer to the head of the trunk. The thought is that this technique may promote more balancedÂ fruit ripeness. 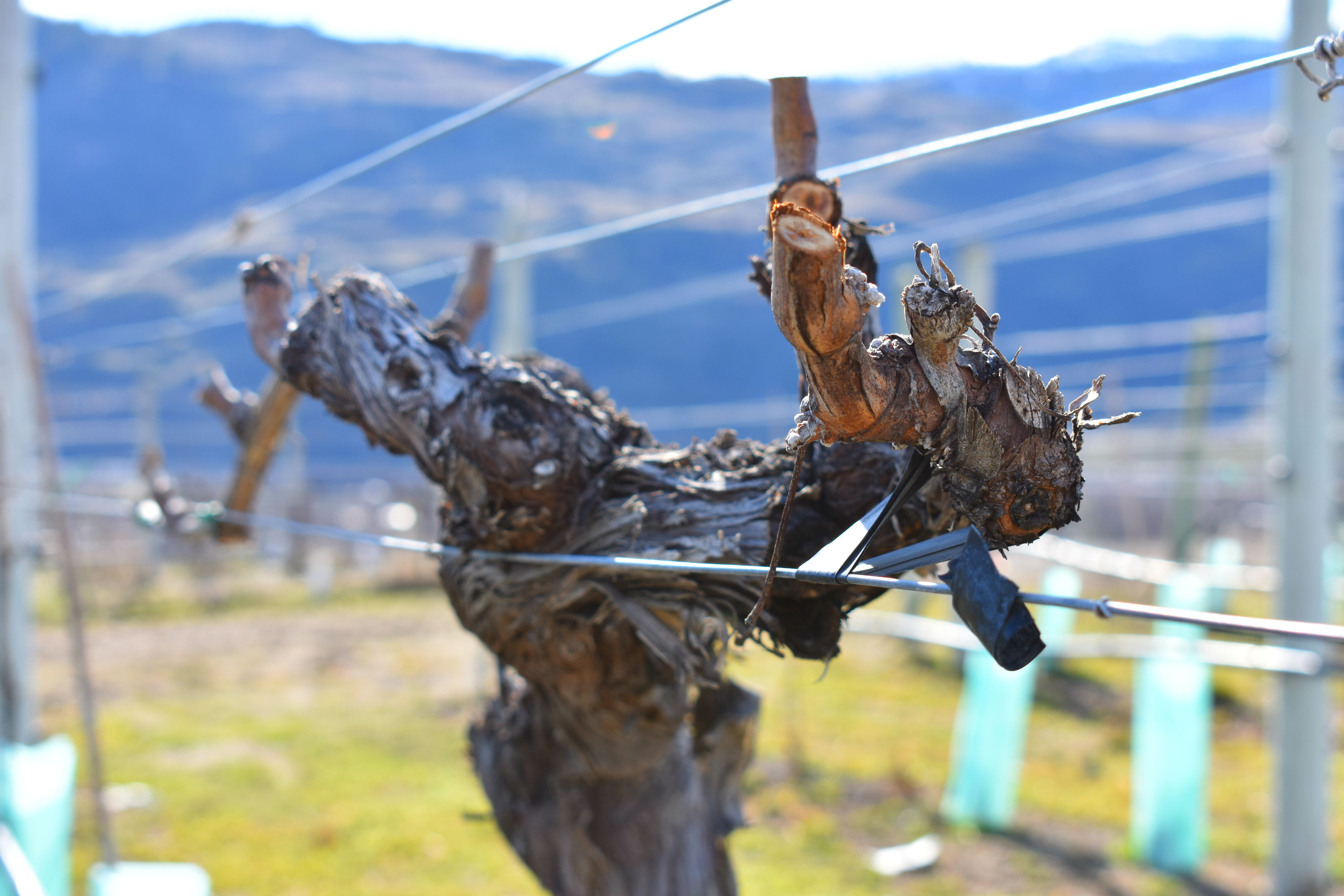 As we finish pruning both Phantom Creek and Sundial Vineyards, it is a sign that spring is (finally) approaching. And we can look forward to budbreak and the start of the growing season in the weeks to come.